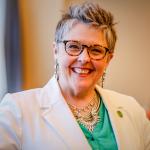 Dr. Peace received her B.A. in Chemistry from Wittenberg University, a Master of Forensic Science from George Washington University, and her Ph.D. from the Medical College of Virginia at Virginia Commonwealth University (VCU).  The focus of her doctoral work was to study entomological evidence as an alternative matrix for toxicological analyses.

Dr. Peace is currently an Associate Professor for the Department of Forensic Science at VCU (FEPAC-accredited).  She is one of the founding faculty for the Department, and has served as Associate Chair for more than 4 years.  She also served as the Interim Chair for 4 years, expanding the faculty, physical space, and research initiatives in the Department.  Dr. Peace has served as a manager in a private HHS-NLCP forensic drug testing laboratory and has worked as a scientist for Procter & Gamble, where she holds 3 patents.

Dr. Peace is currently the PI for an NIJ grant studying the efficacy of electronic cigarettes, particularly as they pertain to substance use and abuse, and has served as the PI for a sub-grant from NIJ’s Forensic Technology Center of Excellence at RTI, in which she managed a complex evaluation of crime scene scanners, collaborating with 4 law enforcement agencies.

Dr. Peace served on the Scientific Working Group for Forensic Toxicology (SWGTOX) for 4 years to help develop standards in the practice of forensic toxicology.  She is currently the President of the Society of Forensic Toxicologists (SOFT), and is a member of the Toxicology Section of the American Academy of Forensic Sciences.  She is also a member of the National Safety Council’s Alcohol, Drugs, and Impaired Driving Division.

Dr. Peace has conducted continuing education workshops for professionals internationally and is a faculty member for Virginia’s Forensic Science Academy which is a codified program to train law enforcement regarding the identification, collection, and preservation of evidence from a crime scene.  She has also developed workshops for primary and secondary education and a community engagement enterprise to address STEM education in middle schools. 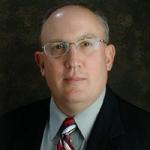 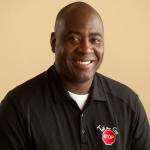 Officer Jermaine Galloway is a nationally and internationally recognized presenter, a four time national award winner, and an international award winner.  Galloway is a national expert in alcohol and drug trends and is a resource for those involved with prevention, education and enforcement.  Officer Galloway began his Idaho law enforcement career in 1997 and has more than 20 years’ experience in alcohol and drug education, enforcement and prevention.  Officer Galloway currently dedicates thousands of hours to community scans, research and substance abuse identification in large and rural communities across the country.

Officer Galloway created his own alcohol and substance abuse prevention and identification program called the “You Can’t Stop What You Don’t Know” program.  Officer Galloway provides (and purchased) over 150 visual aids for attendees to view, hold and become familiar with throughout each presentation.

Along with creating and starting two non-profit organizations, Officer Galloway was a past Vice President of an alcohol and drug free prevention coalition in Idaho and sits on the Idaho statewide impaired driving prevention and enforcement task force.  Officer Galloway is a past board member of the National Liquor Law Enforcement Association (NLLEA).

Officer Galloway has had articles published (in-print and online) in American Police Beat Magazine, Campus Safety Magazine and many local newspapers during on-site presentations.  In addition to other media stories, webinars and interviews, in 2011, Officer Galloway was highlighted in a national video, produced by Human Relations Media, about the harms of “Spice - the Synthetic Marijuana.”

In 2010, Officer Galloway received the national “Mickey Sadoff” underage drinking prevention award from MADD (Mothers Against Drunk Driving) for his efforts in education and enforcement.

In 2015, Officer Galloway received the national and international award from AAMVA (American Association of Motor Vehicle Administrators) for his efforts in Fake ID identification, education and enforcement.

In 2015, “The 10-10 Zone” program (and Boise City Ordinance) that Officer Galloway helped to create, won a national award from the National Liquor Law Enforcement Association (NLLEA).

In 2015, Officer Galloway’s program, "You Can't Stop What You Don't Know", was highlighted in the recently released book "Clearing the Haze" Helping Families Face Teen Addiction, by Dr. Christian Thurstone and Christine Tatum.

Officer Galloway is also an Idaho POST certified instructor and holds a BA from the University of San Francisco.

As an officer at the Boise Police Department, Officer Galloway traveled and worked as a team liaison / security for the Boise State University Football team. This position took him to multiple bowl games, including standing on the sidelines for the historic 2007 Fiesta bowl win against Oklahoma.

Kenneth Finn, MD has been practicing Pain Medicine in Colorado Springs since 1994.  He is Board Certified in Physical Medicine and Rehabilitation, Pain Medicine, and Pain Management.  He is President-Elect (2020) to the American Board of Pain Medicine. He served on the Colorado Governor’s Task Force on Amendment 64, which legalized marijuana for recreational use, Consumer Safety and Social Issues Work Group and serve 4 years on Colorado’s Medical Marijuana Scientific Advisory Council.  He has testified to the Canadian Senate on their marijuana bill and speaks internationally on the health impacts of marijuana.  He is editor of Cannabis in Medicine: An Evidence-Based Approach. 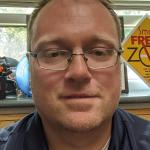 Mr. Orchard is a Health Education Specialist Sr. with the South Central Public Health District in Twin Falls, Idaho. He has a Bachelor's degree in Health Education from Boise State University. Currently, he focuses on tobacco prevention, smoking cessation, and suicide prevention. Three years ago Mr. Orchard received a grant from the South Central Public Health District Board of Health to create a vaping presentation. Since then he has been researching and teaching vaping education to parents, teachers, and students at local high schools in Southern Idaho. Last year Mr. Orchard created a vaping booklet called “Cloud Chasing: A Closer Look at the E-cigarette Epidemic”, which he hopes to distribute throughout the state of Idaho. 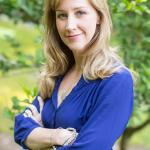 Mother, educator, and co-founder of Safe and Sound Schools, Michele Gay chose to take action after losing her daughter Josephine Grace on December 14, 2012 in the Sandy Hook School tragedy. Since that time, Michele has channeled her love of Josephine through her work as an advocate for improving safety and security in schools and communities across our country.

With a Bachelor of Science in Elementary Education from Towson State University, Michele earned a master’s degree in Curriculum and Instruction from McDaniel College. Prior to the Sandy Hook tragedy, she taught at the elementary level in the Maryland and Virginia public schools.

Now a nationally and internationally recognized public speaker and school safety advocate, Michele reaches diverse audiences with her powerful message of hope as she continues her mission to keep every child safe and sound. Michele works diligently to unite stakeholders of all disciplines and perspectives to take a comprehensive, sustainable and proactive approach to prepare, prevent, respond and recover from tragedy.

As an educator, mother, and survivor of tragedy herself, Michele is uniquely positioned to help others. She has dedicated her life to honoring Josephine’s memory by ensuring that every school, every child, and every community is truly safe and sound. 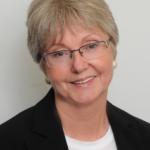 Karen Williams, M.S.S.W. is not a scientist or a researcher, but she is an educator known for her ability to explain the latest neuroscience in ways that are fun, easy to learn, and easy to apply to real life.  She has over 35 years of experience in youth development, applying the latest neuroscience to the fields of mental health, education, juvenile justice, child protective services, substance abuse prevention, and highway traffic safety.  She is a fulltime consultant and trainer in private practice, working with organizations across the nation.  (NOTE:  MSSW = Master of Science in Social Work) 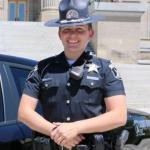 Brandalyn was born and raised in St. Anthony, Idaho. She moved to Boise in 2009 to attend Boise State University. She was a correctional officer at the South Boise Women’s Prison for 2 years prior to being hired by the Idaho State Police in 2014. Brandalyn began her career in District 3, Boise area. Brandalyn was on the Idaho State Police DUI Team from 2016-2018, focusing on removing impaired drivers from the road. She then switched her focus after she completed a temporary assignment with the Domestic Highway Enforcement/Criminal Interdiction Team. She became full time on the team in 2018. Brandalyn has seized nearly 400 pounds of dope since she began full time interdiction. She is a certified Drug Recognition Expert, a certified Law Enforcement Phlebotomist, a Field Training Officer, a Technical Collision Investigator, and is a member of the Idaho State Police Honor Guard. She has obtained a Bachelor’s Degree in Technical Management with a concentration of Criminal Justice. 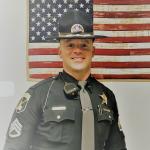 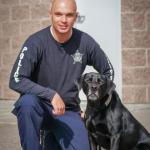